The artist’s works are an examination of interpersonal communication in the era of information overload. In a provocative way, they attempt to reflect on the performative dimension of identities shaped online and on the limited attention spans which dictate the form of online content.

The over-stylised effect-laden video installation “Trill-ogy: Comp” combines aspects of corporate aesthetics, amateur films shot on smartphones and criticism of global consumption. Each film references the other parts of the trilogy and the viewer can become an active element of the installation by putting on headphones and sitting down at a conference table with replica Eames chairs, on a park bench or in Lufthansa-branded airplane seats.

Trecartin often plays the part of the protagonist in his works, as, for instance, in “Sibling Topics,” where he plays four sisters whose names refer to a popular line of computer software. In Trecartin’s films, identity is an object of constant negotiation, manipulation and marketing, demonstrating how today’s fluid perception of the self changes depending on the scene and the audience. 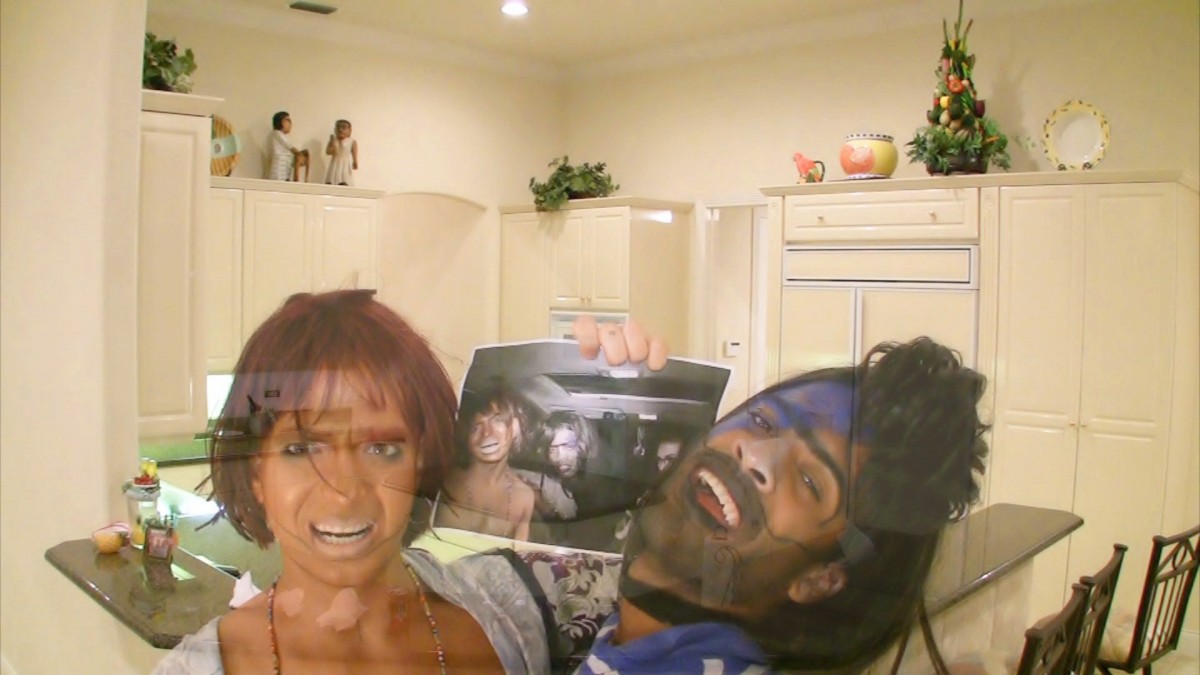