„Untitled assemblage (selfie)” depicts various architectural elements of the museum's building, including the characteristic terrazzo floor of the Emilia pavilion, parts of the ceiling, etc. In offering a reflection of the space around it, the assemblage is a "selfie" of Emilia and produces a dual visual identity. The artist likens this kind of fragmentation to identity dissociative disorder, a condition in which a person takes on alternative identities, each with their own distinct consciousness.

The artist used a similar approach in the design of his website www.dissociations.com. The site is a kind of virtual studio containing van den Dorpel's writings as well as sketches and photos of his physical works. Governed by an algorithm, the site displays content randomly and forces the user to explore it in a way that deviates from traditional methods of organising system information on the basis of chronology, aesthetic values and similarities. 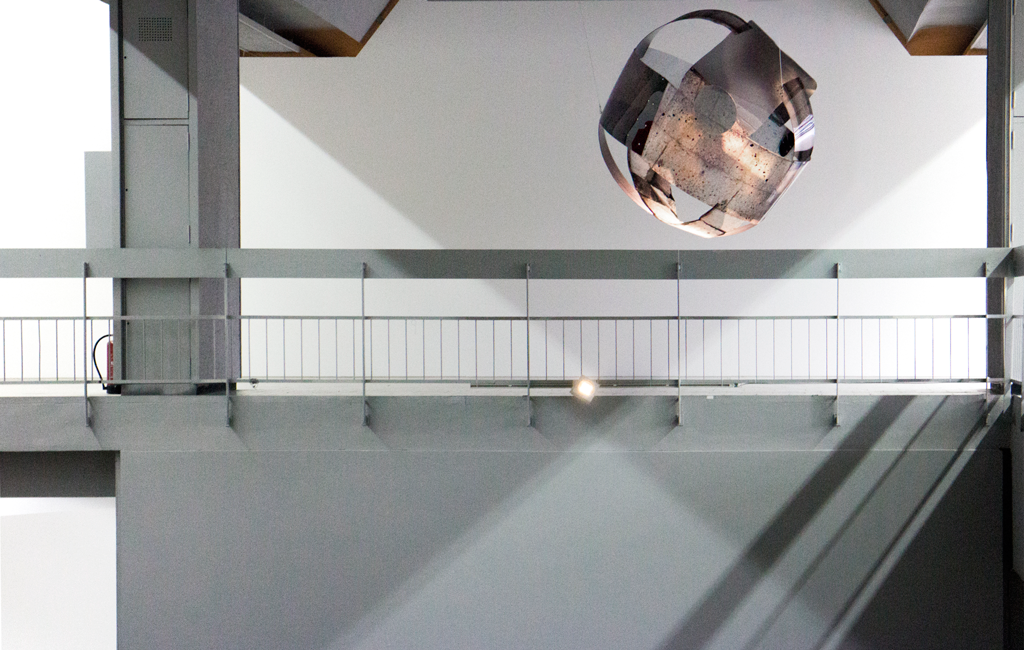