Ed Atkins relies on digital animation techniques and meticulously crafted sound in creating his compelling video works. He employs the technique known as motion capture, in which an actor’s movements are tracked by a computer and applied to a digitally-rendered character. Of particular importance in Atkins’s body of work is the relationship between image and text, endowing the pieces with a poetic tone.

The characters in Atkins’s films are melancholic introverts – commentators on the everyday life torn away from the world of Facebook hyperactivity and the “like” economy. In a flat and nearly perfect synthetic reality, they seek authenticity and emotional depth.

“Even Pricks” concludes a film series by Atkins in which the primary subject is depression. The artist is interested in the potential to express emotion through cold and flawless digital means and plays with the convention of aggressive advertising slogans and film trailers, urging the viewer to “this summer destroy their lives.” 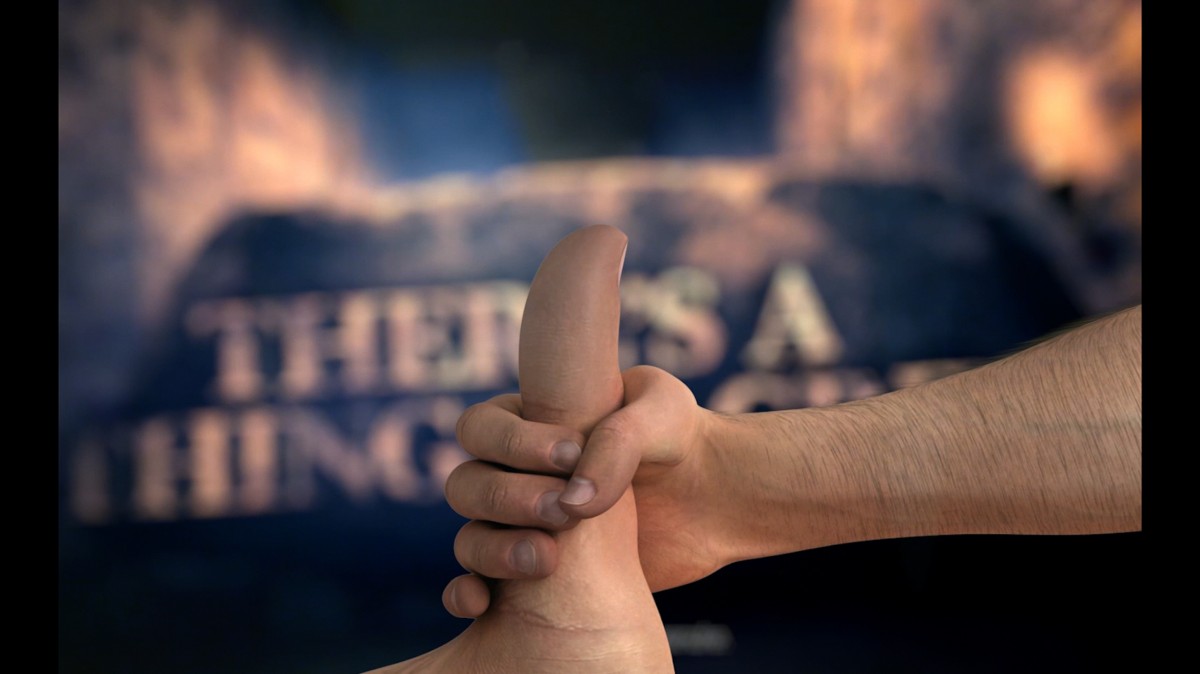