Daniel Keller is a multimedia artist who creates spatial and sound installations using the latest technological solutions and scientific advances. He also orchestrates performances and interventions online. Together with fellow artist Nik Kosmas, they formed the popular Aids 3d collective which introduced many pioneering initiatives straddling the line between conceptual art, digital folklore, retrofuturistic aesthetics and the language of advertising. References to the idea of transhumanism and to man’s relationship with nature and his surroundings are recurring motifs throughout Keller’s output.

The interactive installation “Soft Staycation (Gaze Track Edit)” is a synthesis of technology and visual arts very characteristic of Keller’s work. It employs the so-called “gaze tracking” technology often utilised in consumer studies, which follows the movement of the subject’s eyes.

To assist him in the project, Keller recruited a group of jobless expats, showing them a 30-minute compilation of ads produced by tourism boards from various countries, which the artist found online. The results of test are displayed on a LED curtain, a light-sensitive projection surface used in interactive commercials and stage shows. Keller’s installation is therefore a projection in two senses of the word: a projection of an image and a projection of the consumer-spectators’ glimmering fantasies and desires. 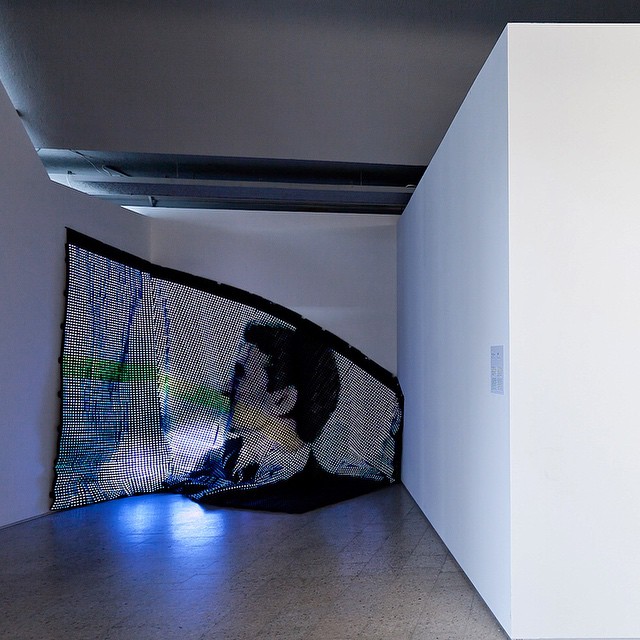